each sixth-plate size with light hand tinting,
Circa 1860.
Images in excellent condition, cases with imperfections.
3 1/4" x 2 3/4" plates.
$300.00
$500.00
Catalogue Note: Joseph Laidley (1829-1861) graduated from the Philadelphia College of Pharmacy in 1850 and was recorded as a druggist in the city by the 1850 census. He married Sarah "Sallie" Syme Cabell (b. c. 1830) of the illustrious Cabell family of "Inglewood", Nelson Co., VA. Joseph and his wife moved to Richmond where he became an esteemed druggist. At the outbreak of the Civil War Laidley was employed as a chemist by the Confederate government. He was killed on July 3, 1861 by an explosion of a quantity of detonating powder that he and his assistant were preparing for the Confederate Army. The Richmond Dispatch of July 4 published a grisly account of the "Horrible Catastrophe" describing the scene as "one of the most horrible objects of mutilated humanity which is possible to conceive." 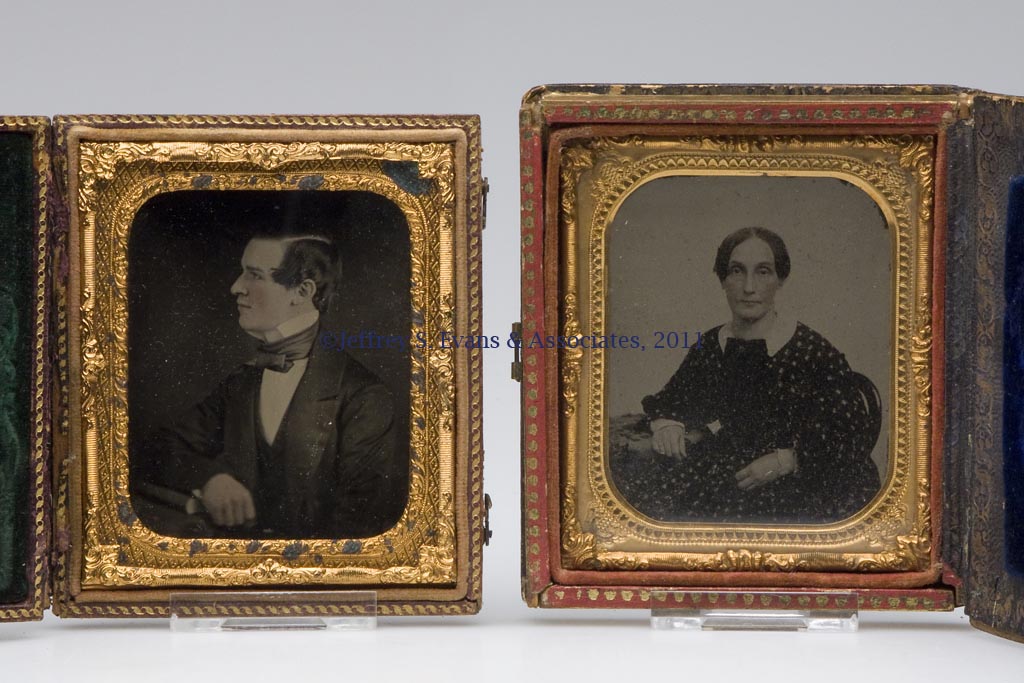 Quick Search for Past Auctions

Search for any past auction item in our database of over 100,000 records by entering any keywords you wish.